Tui City Breaks 2021 – 2022. As more and more people take more shorter holidays and breaks the demand for city breaks has grown. Especially combined with the low cost airlines cheap flights getting away has never been easier and cheaper. But where do you go when you want to top the usual city break destinations? Tui Cities offers you the solution with city breaks in fantastic cities with the ‘wow’ factor. There is nothing wrong with Barcelona, Paris or Amsterdam as these and other cities have so much to offer but compared to New York or Hong Kong the excitement level is just so much higher.

Tui Cities does not offer a massive range of cities around the world just some of the best.

The ‘Big Apple’ has so many world famous iconic buildings and places to visit you will not be short of something to do. Tui offer a great range of hotels rated from 3 – 5T

Famous for its Art Deco buildings and the TV series Miami Vice with the dodgy clothes from the 80’s. Miami has SoBe, South Beach with over 7 miles of beach with a great cafe culture. In the evening you have lots of bars and restaurants to choose from with a great clubbing scene. One of the most popular areas to visit is Little Havana home to Miami’s Cuban quarter offering a friendly Cuban experience. From Miami you could also take a trip up north to the Everglades, go diving, travel to Key Biscayne or go sea angling and catch marlin, sailfish or giant tuna.

What happens in Vegas, stays in Vegas! Las Vegas is certainly unique and offers something you certainly won’t get anywhere else on such a scale. There is obviously gambling but also world class shows and performers. Each massive casino tries to out do the other with something unique to their casino to get customers in. There are a ridiculous range of places to eat and drink. During the day there are lots of shopping options to keep everyone going. You could also take a trip to the Grand Canyon and take a helicopter trip or just step out on the Skywalk the glass bottomed bridge.

A city and a country rolled into one, the ‘Lion City’ Singapore has lots to offer with a full range of Chinese, Malay and Indian restaurants to reflect the mixture of cultures in the city. Enjoy the beach, the marina, casino and numerous shops or visit the Universal Studios theme park. To the south there is the beautiful beaches at Sentosa Islands beach where you will also find bars, restaurants, an aquarium and a waterpark. Flights to Singapore are approximately thirteen hours.

Buddhist temples mixed with the skyscrapers to shape the skyline of this famous holiday destination. For shoppers Bangkok offers lots of different markets and in particular the one at the weekends next to Chatuchak Park with over 15,000 stalls covering an area of over 25 acres of the city. Sightseeing options should include the Grand Palace formerly the home of the Thai king. Trips available from Bangkok include the beaches at Phuket, Krabi and Khao Lak. Tui Bangkok city breaks offer a number of two centre holidays so you can spend time at a beach resort if you want and in Bangkok as well.

Hong Kong offers a great number of options for visitors especially in the Kowloon Peninsula and Hong Kong Island. Enjoy the views from Victoria Peak which is the highest mountain on Hong Kong island easily accessible by tram. You could also go and see the legendary Big Buddha on the Lantau Island’s glass bottomed cable car. Food and shopping options are incredible as is the actual food itself which is not surprising as it caters for a population of over seven million. There are various tours you can take to get you to all the main attractions quickly if you want. Perhaps a visit to the casinos of Macau which is just a hour away by ferry. There are also tours into China including a flight to Beijing which is 3 and a half hours away. Hong Kong is approximately thirteen hours away from London by air.

Known simply as ‘KL’ is another destination that has a mixture of old colonial style buildings mixed with modern skyscrapers. KL offers shopping and more shopping, there are shopping malls all over the place. You find some great bargains all the way to the world famous designer labels. Eating out offers a number of challenges as you try to pick where to go to get something to eat. There are lots of choices when it comes to eating out from Indian, Korean and Chinese. That’s after you have obviously tried the local Malaysian options first. There are a number of day trips you can take outside the city to visit the Batu caves, the royal city of Klangor take a boat trip to Pilau Ketam.

Tui City breaks also include destinations closer to home such as Malaga and Palma plus many others which can be reached from various holiday resorts. This way you could combine a city and beach break in the same trip. You can book for stays as short as 3 days in some destinations depending on the flight schedule from your chosen airport. These options can be easily booked on the Tui holidays website where you can select from a large number of accommodation options to match their flights. 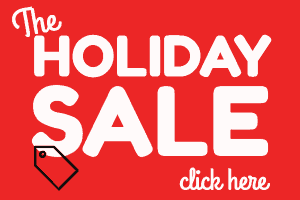 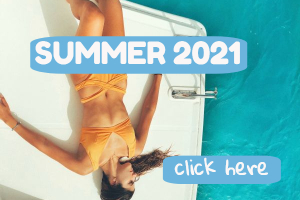 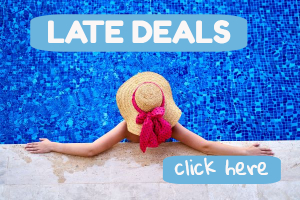 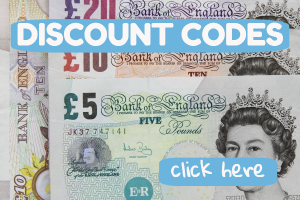 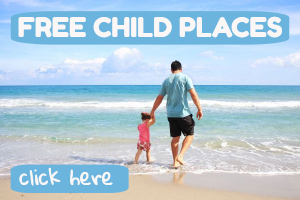 This website uses some cookies to give you the best experience. Agree by clicking the 'Accept' button.